New Mosquitoes Are On the Move

And With Them, Come the Threat of New Diseases 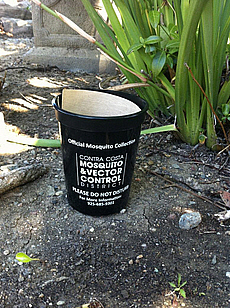 West Nile virus may be the only mosquito-borne disease Contra Costa County residents are familiar with, but, it's not the first and won't be the last such malady to arrive in our community thanks to mosquitoes.

These disease-transmitting, flying insects actually have a long history of causing human illness in our state. During California's historic Gold Rush, they created a malaria epidemic. In the 1940s, Culex tarsalis mosquitoes brought St. Louis Encephalitis (SLE) and Western Equine Encephalitis (WEE) to Golden State residents and outbreaks continued throughout the 1950s and 60s. Another minor malaria outbreak occurred in 1952 and there have been a few other small outbreaks since then. For the next 50 years, public health agencies including the Contra Costa Mosquito & Vector Control District have worked to control current mosquito populations and the risk of their associated diseases while keeping their eyes open for new mosquito species and new associated diseases.

In 2001, a new mosquito did arrive and with it, the threat of mosquito-borne diseases new to California. The Asian tiger mosquito (Aedes albopictus) is most notably known for its ability to transmit the dengue virus, also known as breakbone fever because of the severe pain associated with the disease. This mosquito can also transmit yellow fever and chikungunya viruses. The Asian tiger mosquito, aptly named because of its prominently striped legs, appeared in California after arriving in "lucky bamboo" plants in shipments bound for California nurseries. While mosquito and vector control districts across the state worked actively to eradicate these mosquitoes, in 2011, more of the mosquitoes were found in Los Angeles County where they continue to thrive.

In 2002, two local mosquito species, the northern house mosquito (Culex pipiens) and the Western encephalitis mosquito (Culex tarsalis), the same species of mosquitoes that were responsible for the SLE and WEE outbreaks in the 1940s, became the transmitters of a disease new to California called West Nile virus. It took just three years after the potentially life-altering and sometimes fatal virus first appeared on the east coast of the United States. The arrival of West Nile virus required public health employees, including those at the Contra Costa Mosquito & Vector Control District to intensify efforts to protect public health and reduce the risk of the disease. A significant part of this effort, which continues today, involves educating the public to prevent water sources where mosquitoes can lay new eggs while district employees conduct surveillance and testing in order to locate specific areas where they can focus their efforts to eliminate mosquitoes and the risk of disease.

This year, yet another new mosquito species has been found in California bringing the risk of still other diseases. Public health inspectors in Fresno, Madera, and San Mateo Counties found the yellow fever mosquito (Aedes aegypti) which is a known transmitter of yellow fever, dengue fever and chikungunya virus. These diseases pose a serious potential risk to public health.

So far, mosquito control technicians have not found the Asian tiger mosquito or the yellow fever mosquito in Contra Costa County. In the near future, technicians will begin trapping for these new species using special traps that mimic tree holes and backyard containers (see picture above). Scientists will raise the eggs to become mature adult mosquitoes in order to identify them to their species.